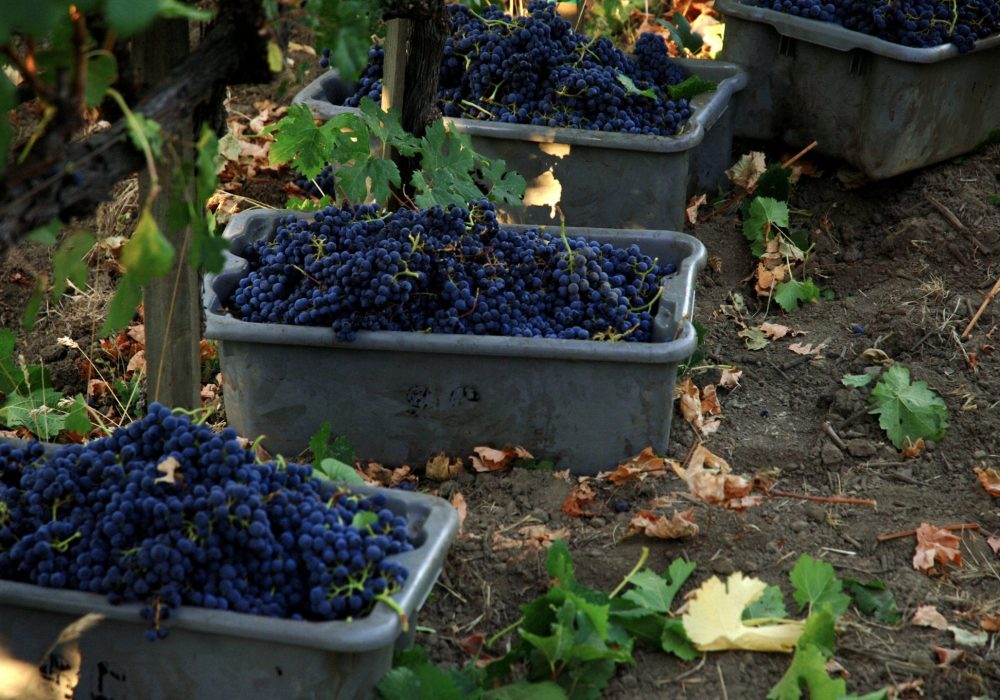 Hidden away just far enough from the main roads of Napa is the lush home of MTGA wines. It’s off the main drag by choice, “The only way you get out here is if you’re lost or coming to us.” If that second choice is the case, then lucky you. The rustic country road approach feels like secreting away to a favorite hideout – which is exactly what you’re doing when you visit this intimate gem.

Family-run wineries are rare in Napa. This one is the life’s work of Mike Anderson, who is proud to be the youngest of four generations that have been making this area delicious for decades. His parents and grandparents gave their life savings to go all in on the property. Their houses still stand amongst the vines and barrel caves they created here long ago.

“My family got involved back in the early 80’s so it’s been a part of my life out here for a long, long time.” Mike is one of the lucky ones that knows what it’s like to actually grow up in Napa Valley. He shows me an incredible photo of him as a child, smiling out at his mom from the inside of a wine tank. “Do you still have that same tank on the property?” He does (and insists that it has been heavily cleaned – many, many times – since he was rolling around in there as a child).

The rich history of the wine in his blood is boldly emblazoned right across the bottle – the name “MTGA” is actually a raise-of-the-glass to the names of four Andersons, including Mike’s dad, Todd, and his grandfather, Gustaf. Mike’s website winks that he’s heard other clever acronyms over its decade-plus life. Ours happens to be “Monarch’s Thirsty Grape Addiction.”

The roots of the MTGA family tree grow deep, but that doesn’t mean it takes itself overly seriously. That’s greatly due to Mike’s wife, Brittany – the winery’s self-declared HBIC: “Head Bitch in Charge.” She fills the entire place with sassy, bold humor and a winning attitude and style. The place may be family-owned, but it’s a snarky family that makes fun of itself. It’s also a family that wants to meet you, not just have you catered to by staff.

“Back in the day, when you rolled up into a winery, there was a halfway decent chance that you were going to run into the owner or winemaker and one of them would do your tasting for you.” It wasn’t until the late 90’s and 2000’s that Mike and Brittany saw the trappings of too many wineries relying on frontline staff.

Brittany herself had moved out from Reno in 2005 and could see the lack of a real, true personal experience at larger wineries that were committing to the direct-to-consumer world of wine clubs and a rotating hospitality crew.

MTGA prides itself on a more personal, intimate, and fun experience – because that’s the kind they want too. Meeting Mike and Brittany when you visit MTGA isn’t just a possibility, it’s a sure bet. “Something that always resonates with us is when you walk onto a property and you meet the ones running the show. You get to ask all your nerdy questions to someone truly invested in the company. That’s really where we wanted to keep it. That’s why we stayed small.”

Brittany is an event planning maestro as well, and knows the value of a more authentic approach, “Literally, when you come visit MTGA, it’s one of the two of us. So, you get in-depth, instead of just someone we pulled off the street reading a rap sheet. People really are into that more personalized experience. We’re the two owners. We do all the work here. You get one of us when you come for a tasting.”

That attention extends onto our screens as well. One visit to mtgawines.com – which Mike built himself – lets you know that MTGA is never going to let itself become another of the wine industry’s digital dinosaurs. There you can peruse current and library releases, as well as inquire about their Single Barrel Merlot or Saint Veeder Cabernet Sauvignon. Always innovating, Mike knows that website has to be just as user friendly on phones as well, “Everything in two clicks.”

MTGA is connected to Napa’s past, but has always done things its own way:

“We started ten years ago with two varieties that… no one liked. Merlot at the time was Napa’s red-headed stepchild. A lot of people blame Sideways, but it was a quality thing. There wasn’t a lot of good Merlot out there.”

“Then we had a Riesling, which everyone assumes is a very sweet, syrupy dessert wine. They don’t know about the pretty, dry, refreshing Rieslings like ours.” On Monarch’s visit, we were very surprised to have our tasting begin with a Riesling and, he’s very right, it alone is worth the trip. MTGA’s variety and esteem has grown since those early days, always adhering to what Mike calls MTGA’s one rule, “If you like it. That’s a good wine.”

Though the vineyards that MTGA call home are a wonderland, wine trips always mean a great deal to Mike and Brittany. They travel the country to learn coast-to-coast flavors and, next year, are excited to expand… to the open ocean?

Next year, they’re booking the first ever MTGA wine cruise, toasting their way on Oceania’s Nautica to Greece, Montenegro, and Rome to Venice through the Adriatic Sea. It’s sure to be a ship of dreams, complete with winemaker dinners, small brand tastings, shore excursions, seminars, pop-up events, and high seas cocktail hours.

They’re bringing their style of face-to-face interaction to the Mediterranean, “It’s not like ‘come on this cruise and there’s six hundred people on it.’ It’ll just be the Napa cool kids on board and you definitely get to hang out with us.”

Brittany and Mike’s wine journey, however, will always lead them back to one place: home. For Mike, that has always been the forty acres upon which MTGA now thrives. As a boy, his chores included sorting grapes, bottling runs, and tilling with a tractor “as soon as my feet could touch the pedals.” He remembers when the site was just a hay field, now it’s a dream fulfilled.

So, come live that dream too. Take a serene drive and roll through the family gates to a truly unique taste of Napa Valley. Lean back on the front porch and sip the fruits of a labor that they’ve also turned into a hell of a lot of fun. Want to know more about how they’ve done it? Just ask. After all, it’ll be one of them who’s doing the pouring. 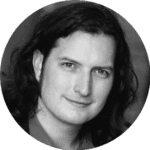 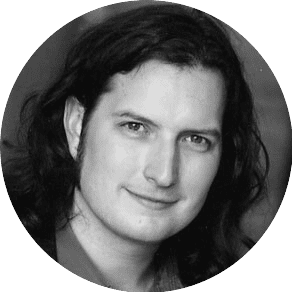 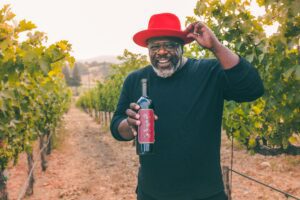 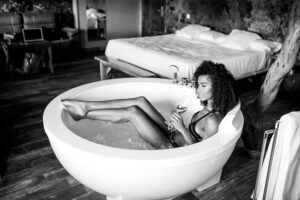 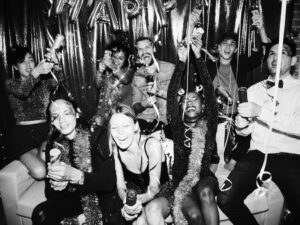 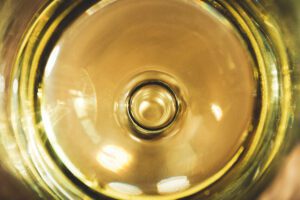 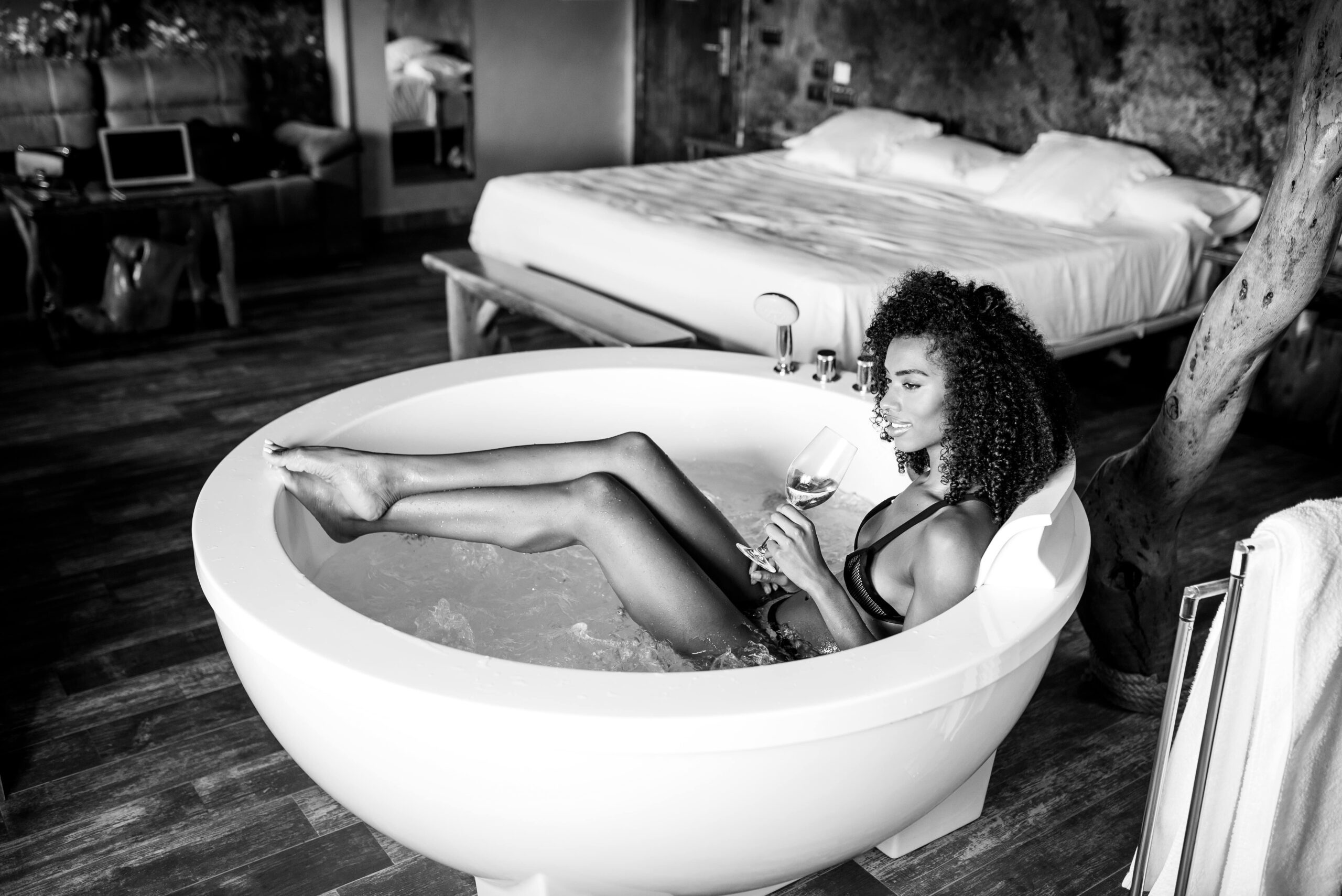 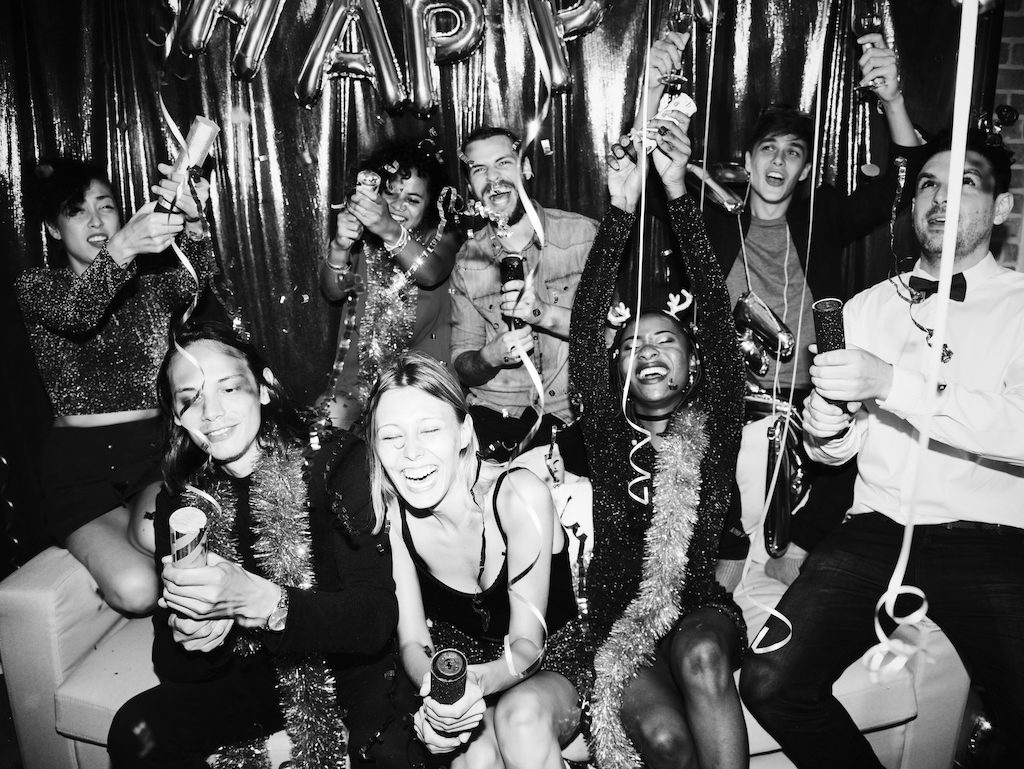 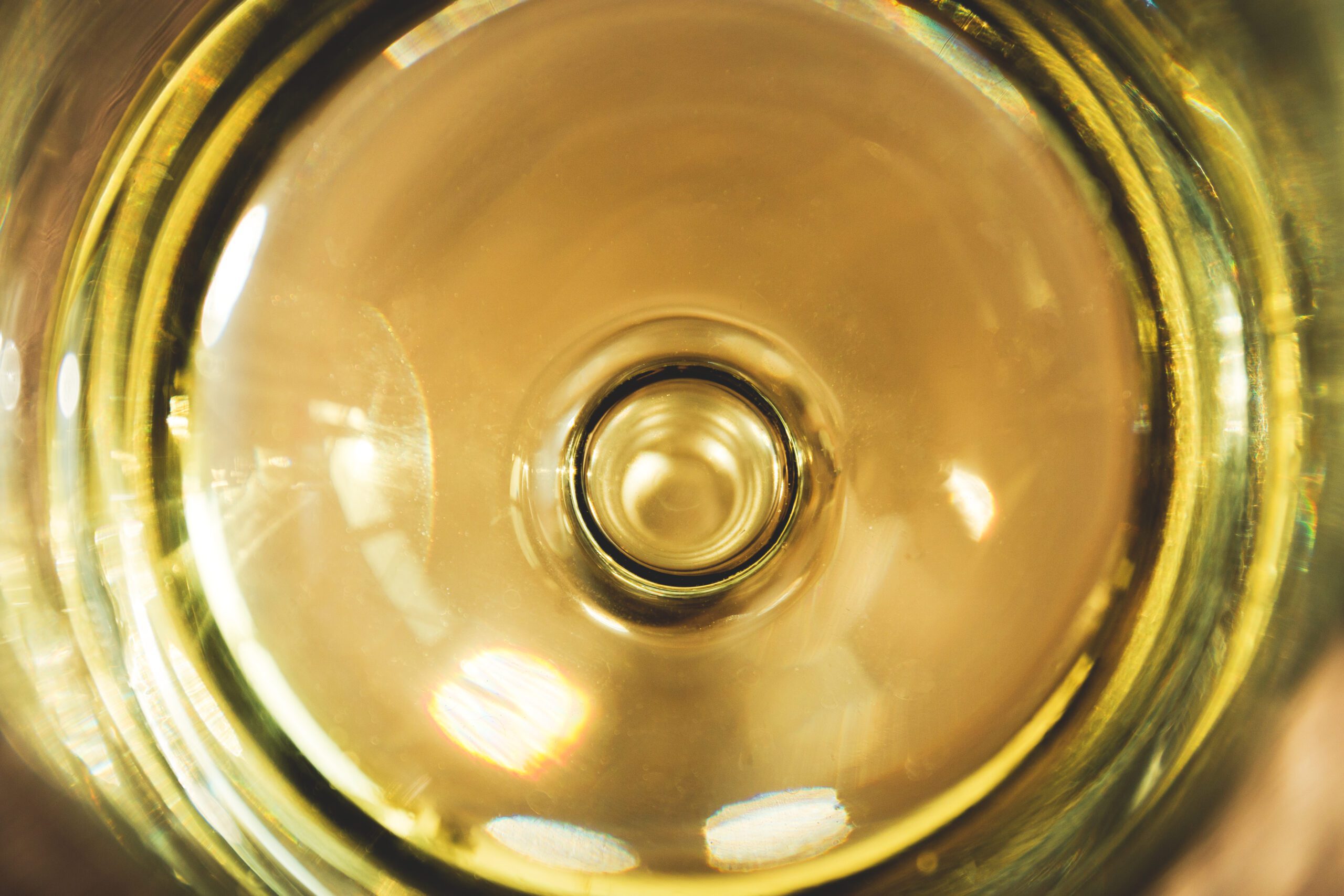 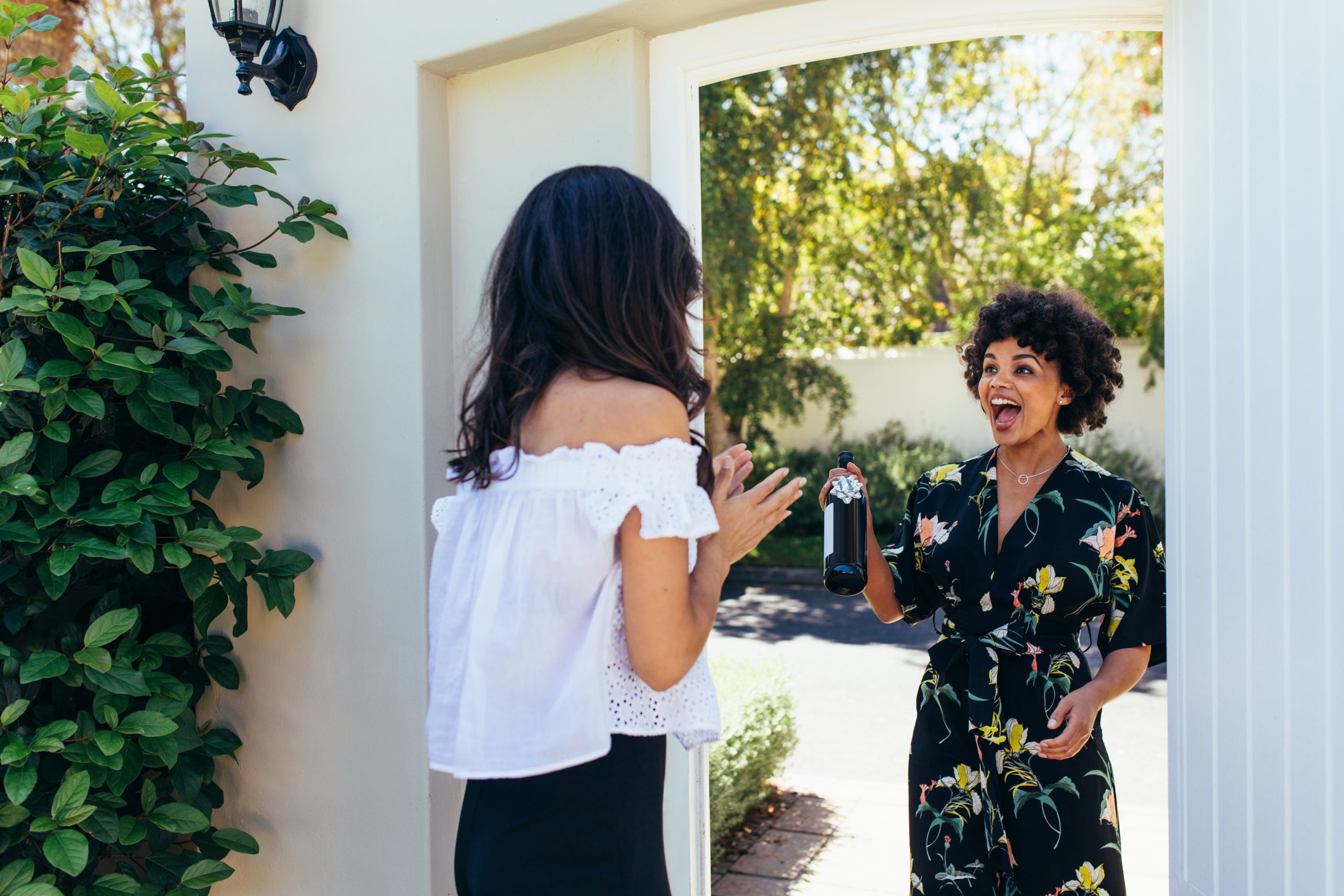