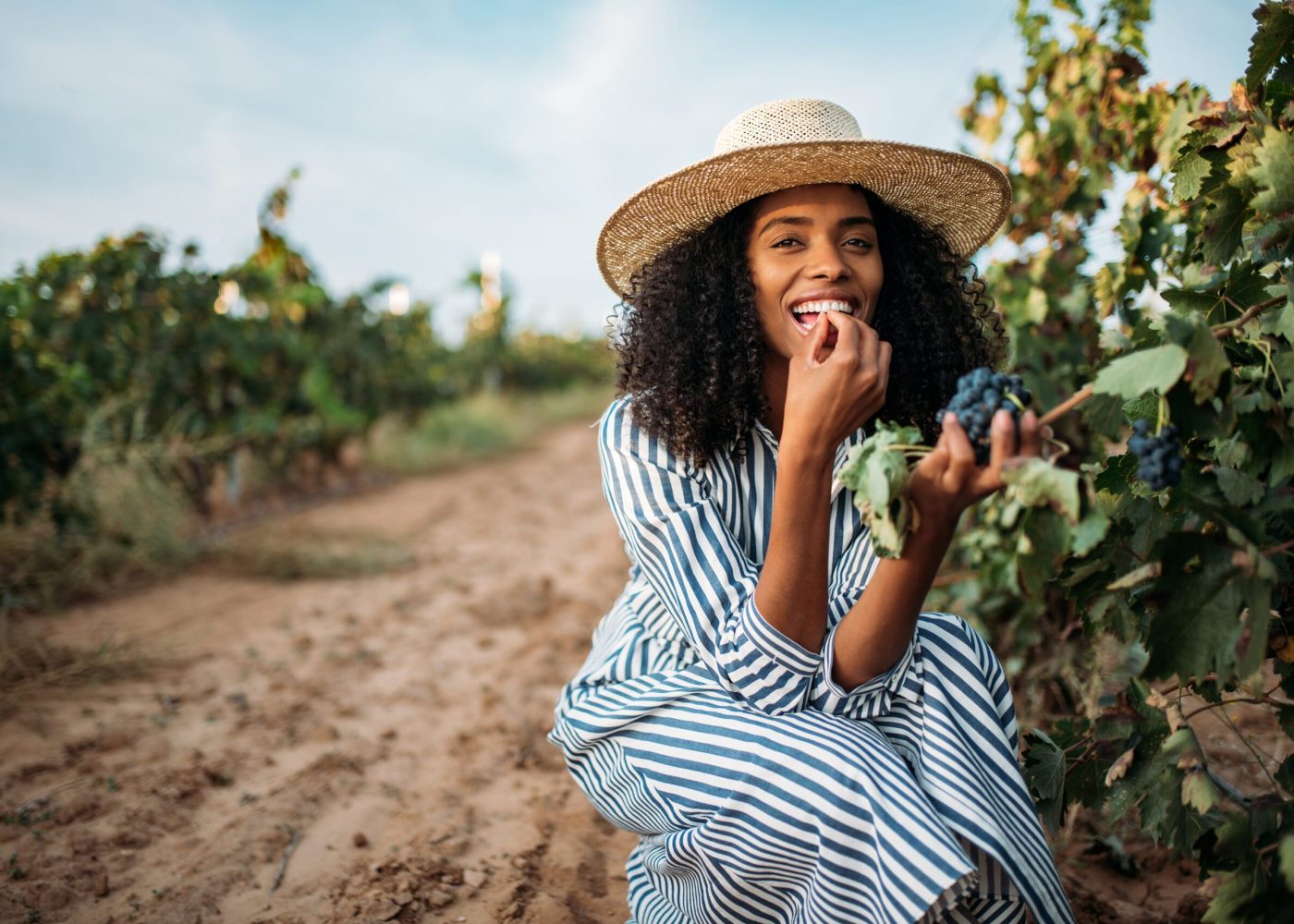 It’s just fermented grapes. So why do we fret so much about the ritual of tasting the stuff? Wine enjoyment, like any aesthetic pursuit, is largely personal. Just drink it. There’s no need to feel pressure. But….

People who taste a lot of wine, even make a living from it, have come up with effective strategies on how to do it. The framework allows them to gauge quality, especially important for a professional, and maximize enjoyment, important for everyone. And it’s more than just archaic ritual (though some traditions have fallen by the wayside). There’s solid scientific backing behind those ceremonious customs, a method to the procedural madness.

So, if you want to look like a seasoned expert, here are a few of the moves and why they are (or aren’t) useful, as well as some pro tips when dining out, or tasting wine anywhere else for that matter.

Let’s get this out of the way straight off the top: don’t bother with the cork. It may once have been part of the ritual at fancy restaurants when bark quality and storage conditions were irregular, but no more. After all, what can the cork tell you? I’ve seen musty-smelling, or dry, crumbly corks pulled out of perfectly fine bottles, and perfectly good looking/smelling corks surreptitiously ruin others. We’re drinking wine, not eating cork, so get straight to checking the wine. And the days of authenticating bottles by looking for the producer’s stamp on the cork are (mostly) gone. If the server leaves the cork on the table, ignore it with confidence.

Grabbing that Glass by the Bowl: Don’t!

You can spot them from across the room, cupping the bowl of that glass, like they’re about to slam dunk it. This is not a basketball game. Those are amateur players. Wine pros never hold a glass by the bowl, unless they’re served an ice-cold wine with the aromatic intensity of an ice cube and desperately need to warm it up. Aside from the clumsy look of smothering a beautiful glass and obscuring the particular shape the manufacturer worked so hard to engineer, there’s the technical disadvantage of warming the wine. Max temp for enjoying any wine is about 65ºF; average body temperature is over 97º. Yes, even you icy-handed humans average 87ºF in your extremities, so you’ll overheat heat the wine until you smell alcohol and little else. Your hands also excrete oils, which leave inelegant marks on the glass (and fingerprints, which could be disadvantageous). The stem is there for a reason. Use it. Caveat emptor: stemless wine glasses.

Casting An Eye: Do!

Most people get straight to the fun. But the visual cues provided by a wine, shouldn’t be, er, overlooked. Like the ritual of sniffing the wine while the waiter breathes impatiently over your shoulder (do it! See above re: cork), the colour of a wine can signal problems. In a nutshell, unless you’ve ordered a very old wine, your fresh wine shouldn’t show any signs of browning, either brownish red or yellow or pink. Wine pros wouldn’t miss this opportunity to identify potential oxidation, the cause of browning colour, which will stimulate an even more focused olfactory investigation. It takes only a couple of seconds. And go ahead, hold it up to the light if the space is dimly lit. As for orange wines or sulfur-free “natural” wines, they’re probably (intentionally) oxidized (and maybe cloudy, too). Looking at them and pointing out their brownish colour in a concerned voice will elicit a “duh” from the server.

Swirling that Baby: Do!

Pretentious party trick? Superfluous pre-sip show? Not so. Swirling wine has solid scientific substance: you’ll increase the surface area of wine in contact with air, allowing for more aromatic molecular lift off. In other words, you often smell more, which is, after all, about 80% of wine enjoyment.

When that first drop is served, sniff first without swirling, then swirl and sniff and note the difference. Does it smell appealing? Hopefully, you’re encouraged to proceed to tasting.

Pro tip one: you probably have a dominant nostril, as you do a dominant hand and foot. Block off one nostril and sniff with the other – it should be pretty apparent which side registers more aromatic intensity. Favour that side when sniffing. (I’m right-nostril-ed, so I angle the glass under the right side of my nose to maximize “aromatic expression”).

Pro tip two: I use one long inhale to see the whole aromatic forest – a complete picture – followed by a series of short sniffs to identify the individual trees, directing my attention to different aromatic ‘families’ with each sniff, e.g. fruity, floral, herbal or spicy aromas. No stones unturned.

Pro tip three: open your mouth slightly when sniffing and simultaneously inhale through it. Those aromatic molecules now have both a high and low road (nose and mouth) to your olfactory bulb where you actually ‘smell’, which should lead to more traffic.

Lastly, it must be said, swirling also looks cool.

Now it’s time to taste. You’ve seen those wine pros gurgling their wine, swishing it like mouthwash, chewing it like it’s their last meal. It sure looks silly but serves a purpose. By opening your mouth slightly (carefully, without dribbling) and gently sucking in some air, you’re increasing traffic on the low road to the olfactory bulb (see above). Those air currents draw molecules from the wine’s surface in your mouth and funnel them up the retronasal passageway, increasing aromatic (aka flavour) intensity.

And swishing and “chewing” wine brings it into contact with all your taste buds (presumably a good thing), compared to a straight-down-the-hatch approach. Finer nuances of taste (sweet, sour, bitter, salty, savoury) come into focus. But please, no need to exaggerate.

Swallowing and Contemplating: It’s Not Over Yet!

Finally, pros will always observe a moment of silence post-swallow. This contemplative state should last at least a few seconds (up to several minutes with a really transformative wine, but the server has other tables to attend to). Other than pure reverie, this is the time to pay attention to how long the flavour lasts: the longer, the better quality the wine. As a very rough guide, I’d want about a second of residual flavour for every $15-$20 I spend in a restaurant, i.e., a minimum of 5-7 seconds of aftertaste for a $100 bottle of wine. There are price points of diminishing returns.

It’s also a final fail-safe to detect the unlikely emergence of weird flavours that somehow escaped the scrutiny of swirling-sniffing-gurgling-swishing-chewing. I find a slight squinting action and faraway-mountain gaze helps focus my mind at this critical stage. If all’s well, give a simple knowing nod to the server without unnecessary theatrics. You’re a pro.

You may now proceed to drinking. 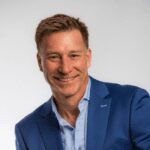 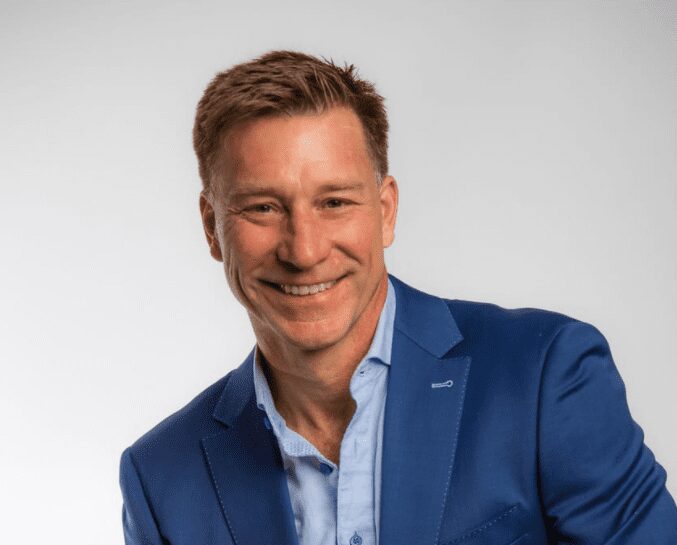 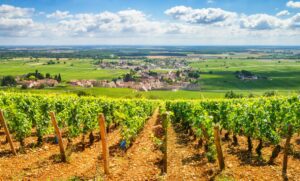 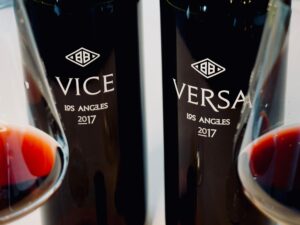 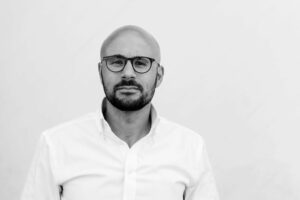 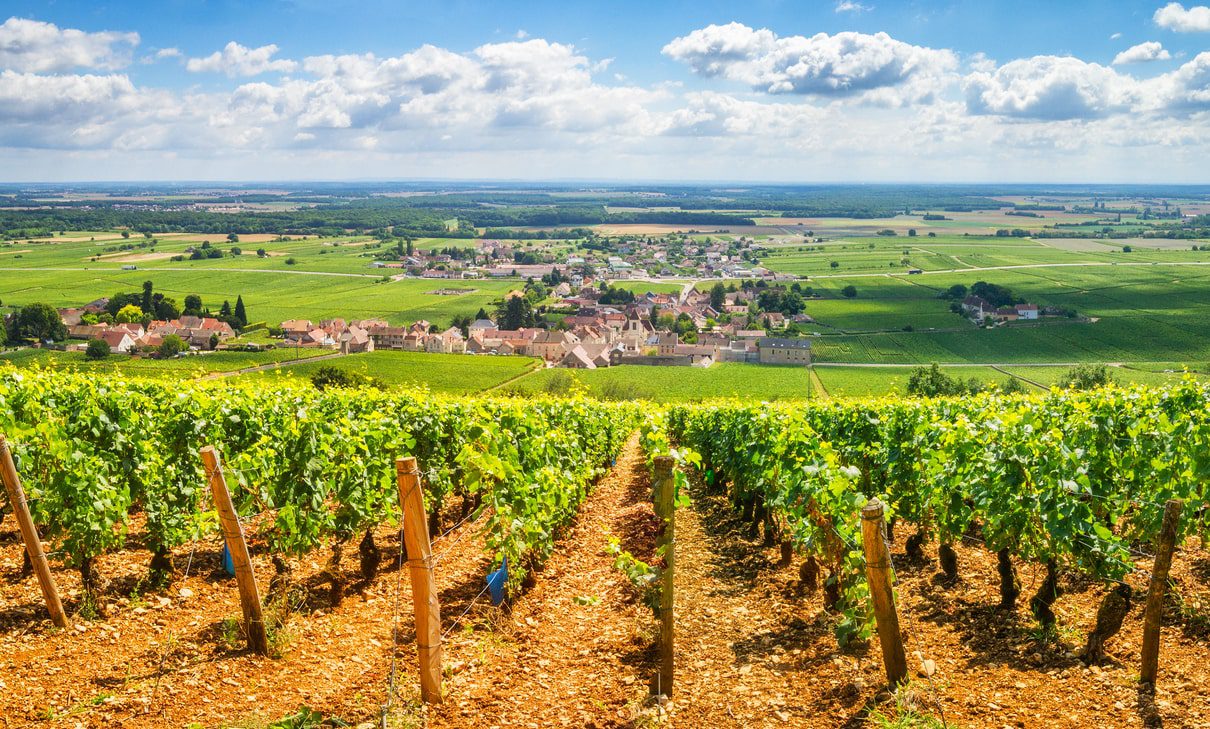 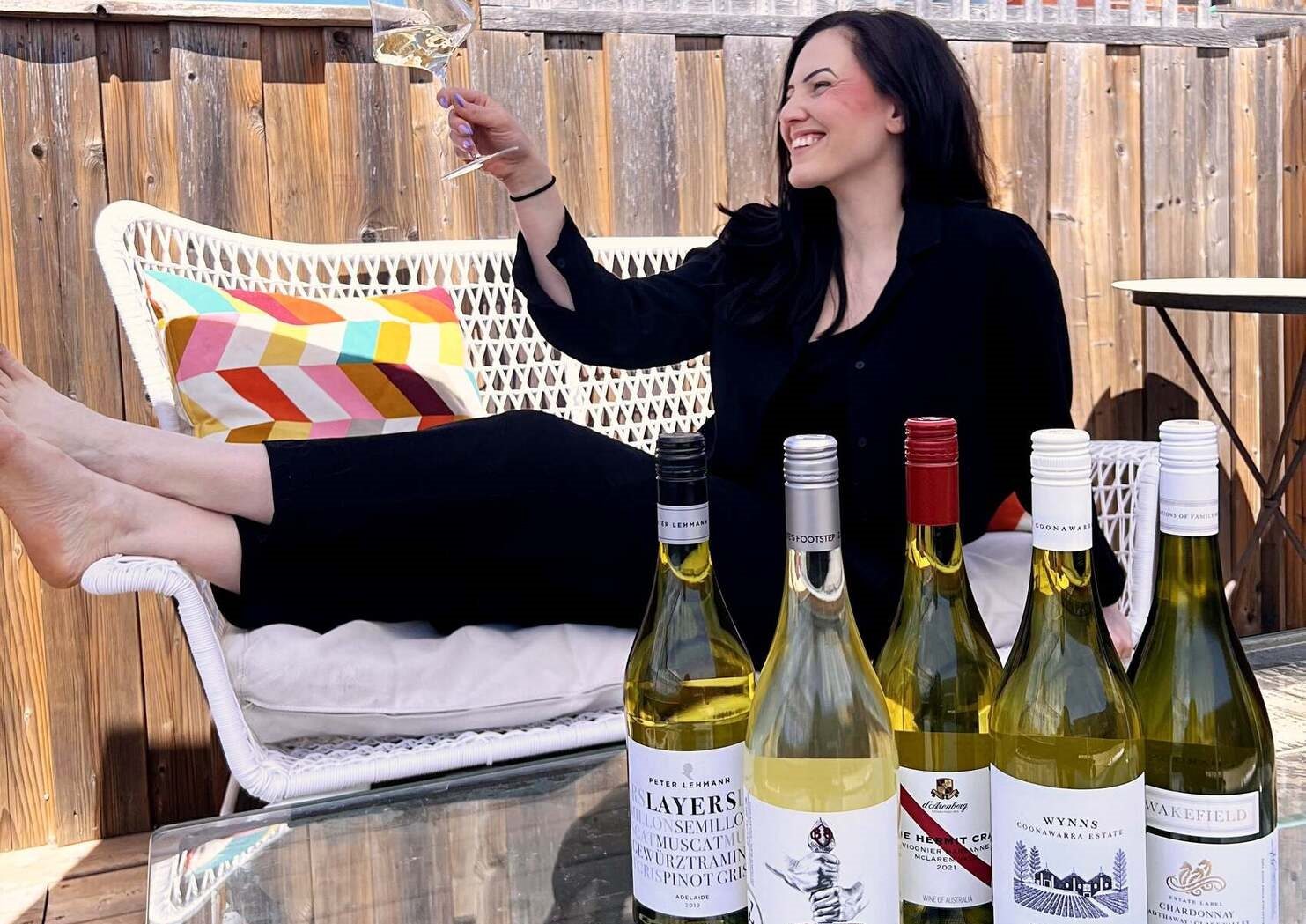 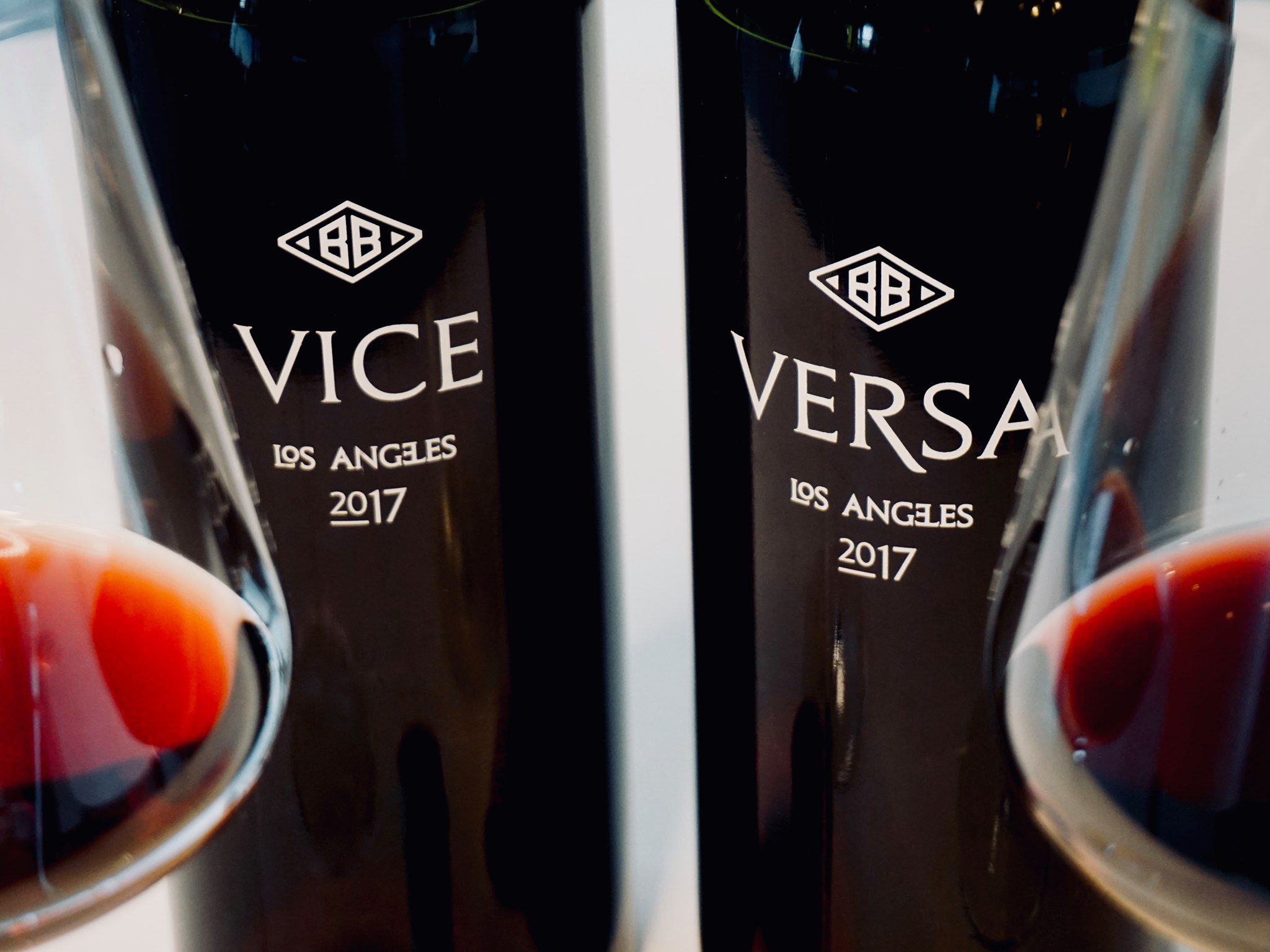 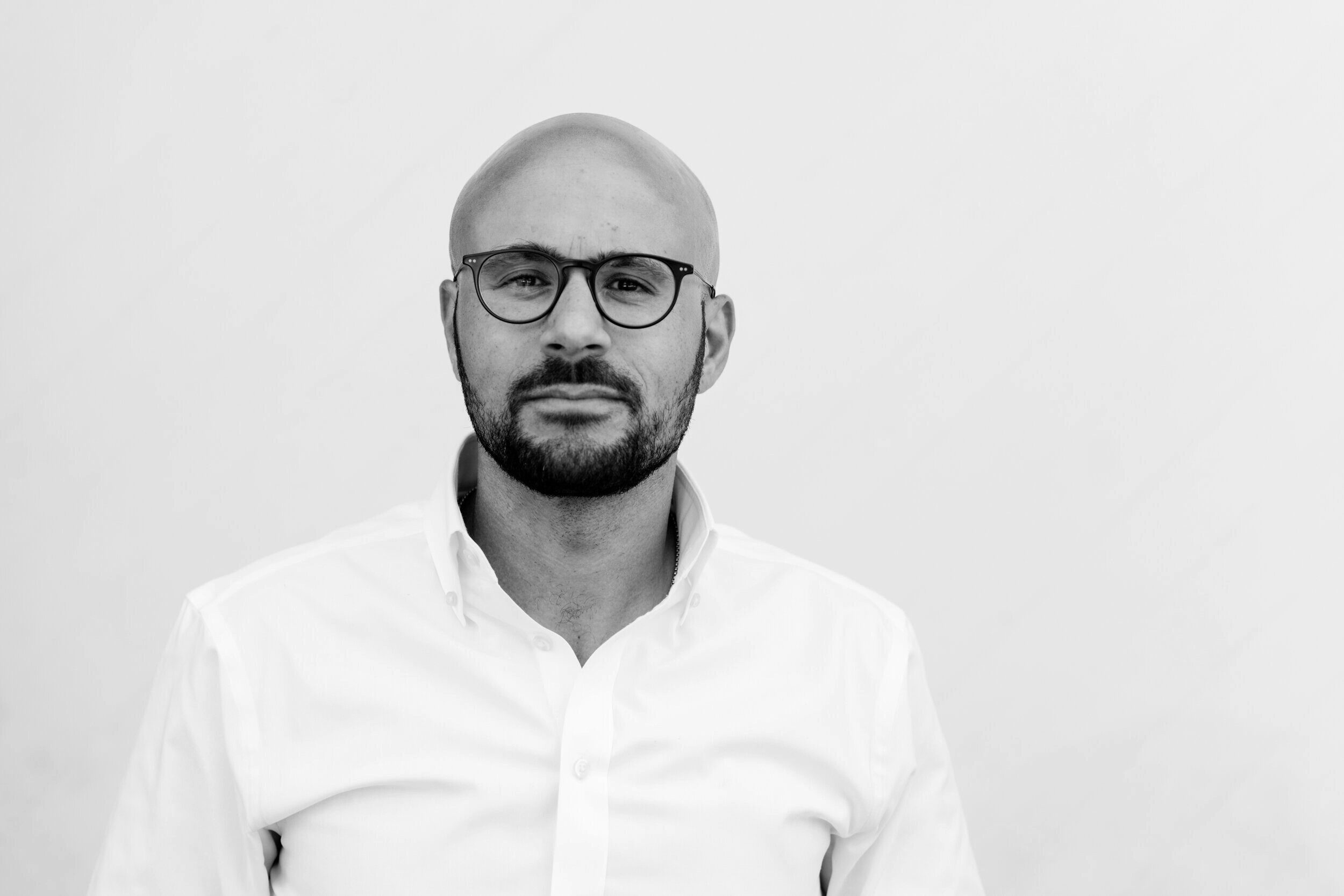 Nadine Brown
FROM GLASS TO THE GRAM @monarch.wine
TRAVEL to this incredible wine destination in our

Where to Eat, Drink, and Stay in Manhattan’s East Village

EPOCH Estate Wines – An Adventure in Wine and History

Where to Eat, Drink, and Stay in Manhattan’s East Village

EPOCH Estate Wines – An Adventure in Wine and History